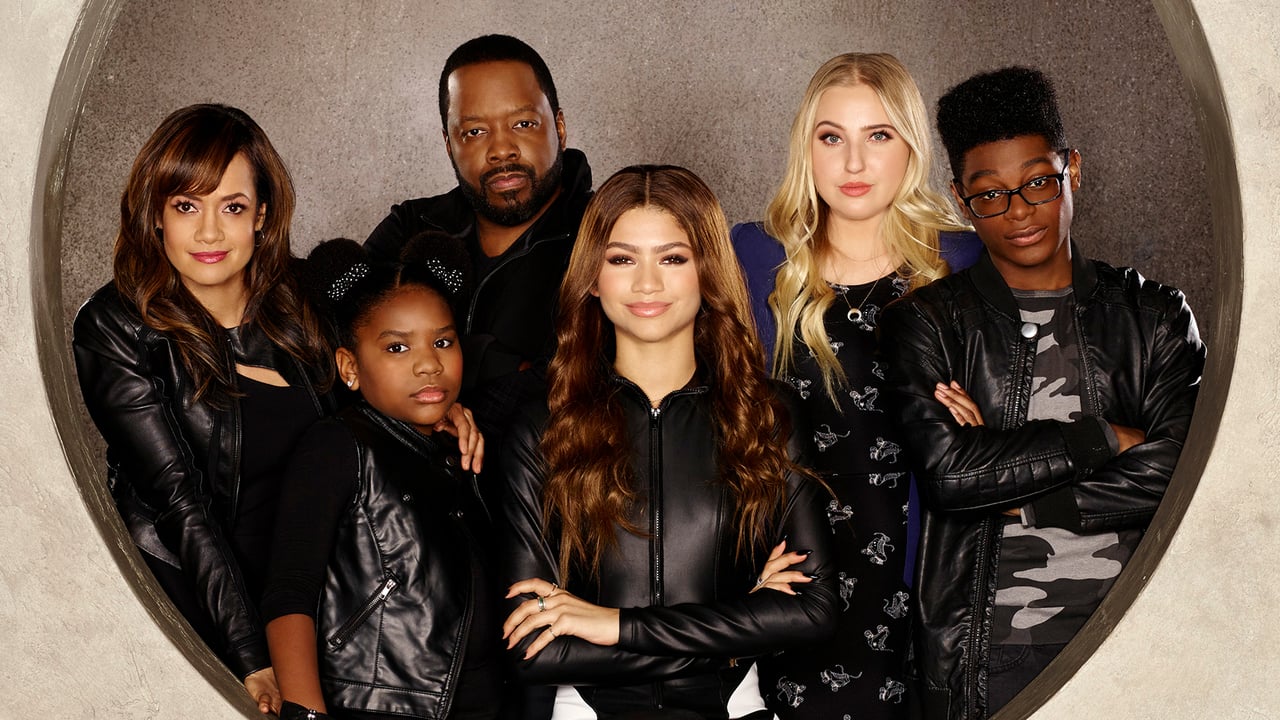 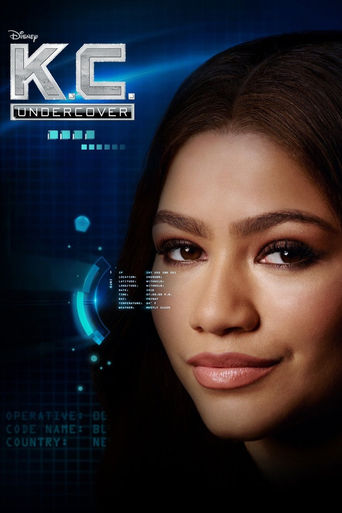 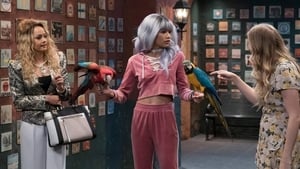 K.C. and her family of spies, along with her BFF Marisa, are on the run from archenemy Zane in Rio de Janeiro when they must take on another spy like non before – the fierce and slightly bizarre enemy agent Sheena. 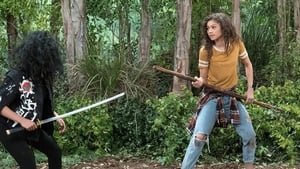 K.C., Ernie and Marisa are on the run from Zane and eccentric enemy agent Sheena in the heart of the Brazilian jungle. 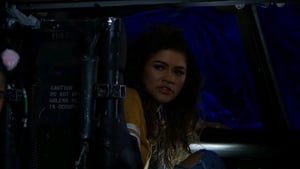 When Zane sabotages the Coopers' plane ride, it is up to K.C. to save herself and her family. 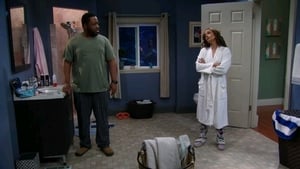 K.C. is surprised by the results of her SAT score and believes someone tampered with her test. Meanwhile, Marisa expresses interest in becoming a spy. 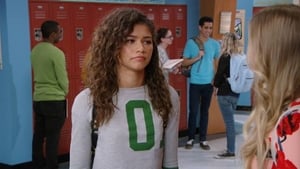 K.C. struggles to make amends with Marisa after their fight, while Marisa wants a recommendation for The Organization from K.C. 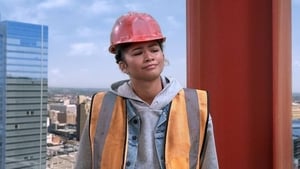 Unbeknownst to K.C., Marisa is leaking classified information including her latest undercover assignment as a construction worker. Meanwhile, Judy’s disagreement with Diane over the tooth fairy jeopardizes the sophisticated robot’s disguise as an everyday 10-year-old. 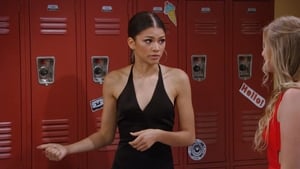 K.C. is tasked with tracking down a dangerous weather-controlling device on the same night as her homecoming dance. 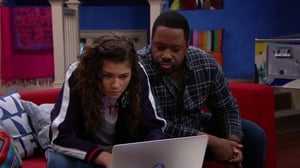 K.C. lies about losing the weather machine, and sets up her own mission to get it back. 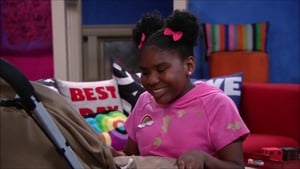 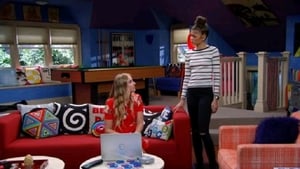 When K.C. tells her family and The Organization that Brady is an enemy spy with The Alternate, the Coopers secretly work with Marisa to set a new plan in motion to catch him. 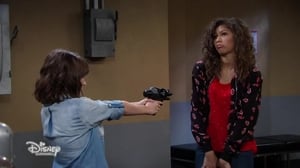 Ernie and Marisa team up to help K.C. stop Brady and The Alternate from launching The Storm Maker. 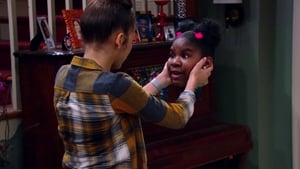 When Judy is due for an upgrade, the Coopers reminisce about their great times before they have to delete her memories and return her to the Organization. 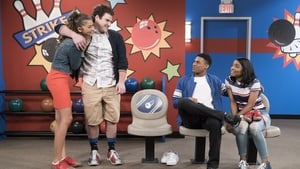 K.C. realizes she misses Darien and goes to tell him, but he reveals he has a new girlfriend. K.C. lies and says she has a boyfriend and the two agree to go on a double date. 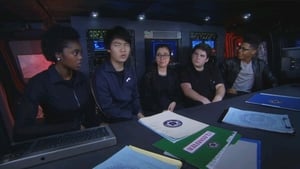 Ernie hosts a group of young international agents while KC is away on a mission. 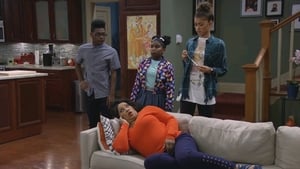 The Coopers prepare for Poppa Earl to visit with his new fiancé, Betty. He surprises everyone with how happy he is, but K.C. recognizes Betty from an unsolved case from 1977. 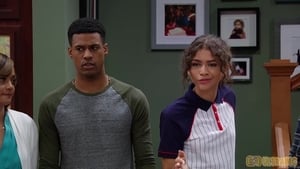 K.C. is tired of being just friends with Darien. 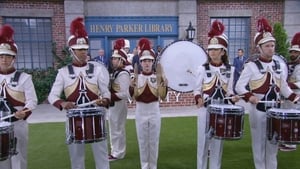 K.C. is assigned to protect a foreign diplomat at a university ceremony and must go undercover by joining the school's drumline to secure a key position next to the diplomat. 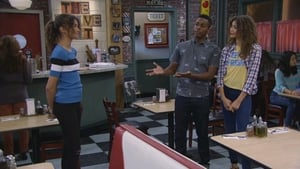 Byron waits for K.C. to respond and she says she's not K.C.. but her cousin, Cassandra. Byron suggests they all go to dinner, so K.C. breaks Bernice out of jail to play her cousin. 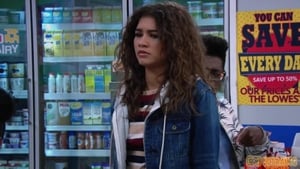 The team strategizes on ways to find Bernice. 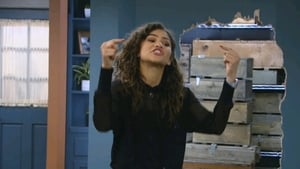 The Coopers track down agents who are distributing weapons to enemy agencies, only to discover they are parents of K.C.'s classmate Amy. 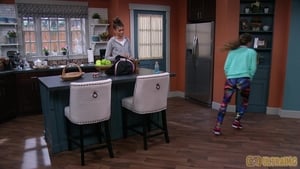 As K.C. continues to get closer with Amy, she plants bugs in the Bishops' house to get information on the weapon-distribution list. 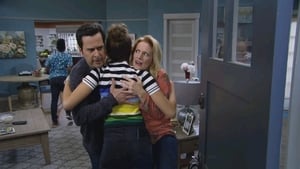 K.C. decides to save Ernie since it was her fault the barbecue failed. They learn the Bishops have planted listening devices and someone called the "The Mask" wants the weapons sold. 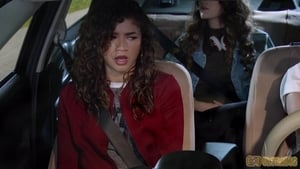 K.C. and Marisa take Amy on a trip to New York so she won't be at home to witness her "parents" being arrested by the Organization. 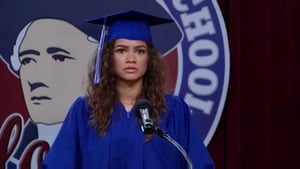 K.C. struggles to decide if she should continue as a full time spy or live a normal life at college. 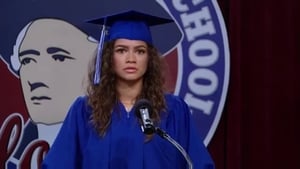 K.C. struggles to decide if she should continue as a full time spy or live a normal life at college.

K.C. Cooper, a high school math whiz and karate black-belt, learns that her parents are spies when they recruit her to join them in the secret government agency, The Organization. While she now has the latest spy gadgets at her disposal, K.C. has a lot to learn about being a spy, including keeping her new gig a secret from her best friend Marisa. Together, K.C. and her parents, Craig and Kira, and her younger siblings, Ernie and Judy (a humanoid robot), try to balance everyday family life while on undercover missions, near and far, to save the world.

It's a Laugh Productions

Karry Best movie of this year hands down!
Unlimitedia Sick Product of a Sick System
Pluskylang Great Film overall
Rexanne It’s sentimental, ridiculously long and only occasionally funny
KamikochiKeith Disney Channel surprised many with the introduction of &quot;Girl Meets World&quot; and especially &quot;K.C. Undercover,&quot; when network and cable series were in a yawning, cliché rut, chasing trends. Here you have a teen in highschool who isn&#39;t a behavioral disappointment with her oppositional mood disorder dissing common sense. She&#39;s smart, she&#39;s athletic, her government trusts her with important secrets as she&#39;s good at thinking on her feet, and she can&#39;t dance (a reference to the star&#39;s previous show, a dance competition, where she placed second, actually). The parents aren&#39;t cut from the same cloth as all the other one-dimensional, ineffective parents in TV heaven.Some episodes do seem padded out (the retirement home episode, for one) but all generally are watchable even during rerun season. Ernie, the brother, is the most cliché character, being he&#39;s her opposite in every way, though he&#39;s learning to become a successful ladies-man. Hopefully the biracial Ms. Coleman will embrace her bi-racialness one day and bring that to the forefront of her public statements, in that biracial people are torn between their white friends, who pull them to the Caucasian culture, and their black friends, who pull them to their black culture, while being biracial is its own culture altogether and should be celebrated, not ignored and abandoned, an ambassador to both sides as it also could be. Of course, as an actress others will try to push Zendaya into the drug culture moreover, unfortunately, so this lovely, classy, multi-talented entertainer has a lot of stress factors to deal with I&#39;m sure. This fan hopes she as successful as her K.C character in traversing the minefield of show business!UPDATE. The long-awaited last season is proving to be a big disappointment, with padded-out scenarios and disinterested acting. The one with the crying baby managed to displace the old folks home episode as worst-ever! The only highlight of Season 3 is seeing Ms Coleman in a black Homecoming Dance gown slit to her thighs, and showing off those fabulous legs, an acknowledgement that the actress is more beautiful than how she presents herself at movie premiers, award ceremonies and gala balls. Can&#39;t wait to see her in &quot;A While Lie&quot; coming soon to the big screen.SECOND UPDATE. Is the show over already by Thanksgiving 2017? The clip show beat the crying baby episode as the worst-ever. Third season is getting to be a big disappointment. &quot;Stuck In The Middle&quot; had a better clip show, and that&#39;s not a great show normally.IN CONCLUSION. How they dumped the second half of the final season on a two week window with little advanced notice! It seems all abandoned the project long before it ended. At least &quot;Hannah Montana&quot; &quot;Jesse&quot; and &quot;Girl Meets World&quot; stuck with it until the end. If Miley can be dedicated enough to care right until the final show, then the cast and writers and producers here should have too. The final season rates five stars from me, and the final ten episodes rate a mere two or three. Sad. The series showed such great promise, had a great start, then imploded. Why?
westen1223 K.C Undercover is about a young girl named K.C who discovers her parents are secret spies and then is recruited to become a spy?First of, the name K.C is absolutely horrendous, what kind of name is that? I mean, seriously, should I name my friend A.P? There are some episodes where you get very hyped up and includes laughter and exceptional moments but it fails to include subtext and fails to drag viewers to love this series. K.C Undercover needs to have the capability of making viewers get more into their series and so far, it is not only failing but is showing weakness throughout the episodes. The reason I put a 5/10 is because I praise Zendaya&#39;s acting and funny scenes but the other characters are just making me lose my mind. Jessie is far better than this and I highly recommend you not to watch this unless they improve it.
Key James This is Awesome! Disney Channel finally made a show that&#39;s action and karaoke again!!! This is way better and more pack with adventure than the old Disney show Kim Possible! And we don&#39;t get cartoons we get live action !!!The even awesome thing is Zendaya is back on Disney Channel after she finished filming the old Disney show Shake it up! On the show instead of dancing or singing we get Karaoke! And the even more awesome thing is Zendaya is a producer on this new show! So if you never seen K.C. check it out right now! Stop what your doing and look up K.C. Undercover you thank me once you seen it! BTW ZENDAYA DID AN AMAZING GOOD! PRODUCING THIS SHOW!! Each episode is even more thrilling!
bkoganbing When Shake It Up ended its prescribed three year run on the Disney Channel one of its stars Zendaya immediately went into a new series. Not that Shake It Up was exactly Shakespeare, but Zendaya is a good dancer and all around musical performer so if you didn&#39;t like an episode or even thought the show itself was bad there was always some nice musical numbers.On this new one where Zendaya plays your typical Disney teen who discovers her parents are actually spies, they decide to bring her into the program. Nothing new here that hasn&#39;t been in such things as Cody Banks or Spy Kids in their many incarnations.Instead of dance we get karate, Zendaya&#39;s been training since she was a little kid and now we see those skills. Maybe Chuck Norris will do a guest appearance at some point.The Magic Kingdom is really getting silly these days, but I&#39;m sure the young ones will like it, KC Undercover won&#39;t tax the gray cells too much.