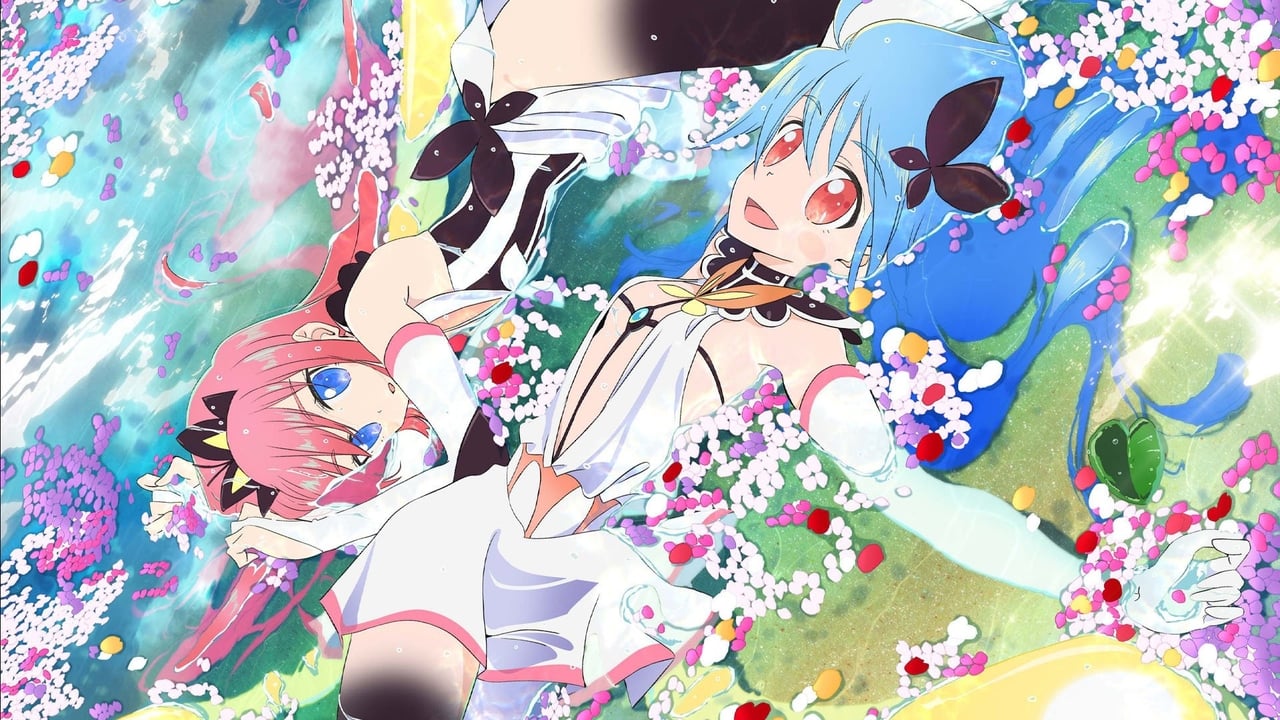 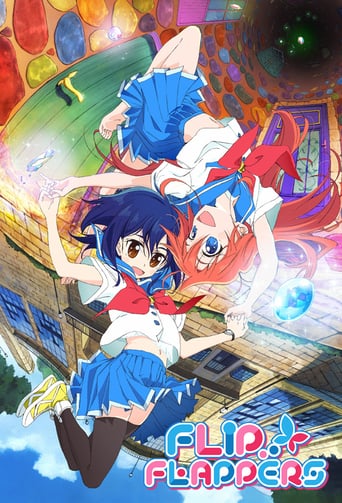 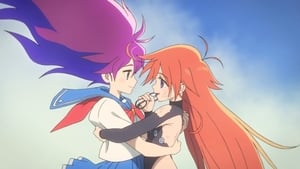 Cocona is having an average day until a girl with a hover board takes her into another dimension. With nothing but their wits, their adventure begins. 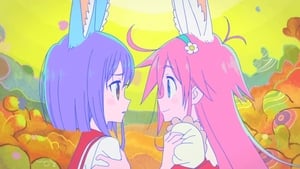 Cocona refuses to meet with Papika, and she's afraid to let her true feelings show about their last adventure. Papika isn’t about to give up that easily! 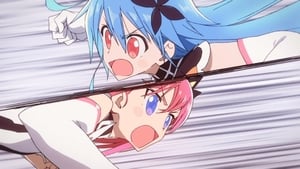 Stranded on a deserted planet, Papika is trying to find Cocona. Meanwhile, Cocona must fight her way out of a terrifying illusion. 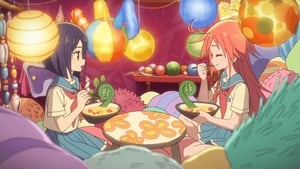 Cocona and Papika must learn to harmonize their feelings. As a result, Cocona ends up staying over at Papika’s "place" but, as always, nothing goes as expected. 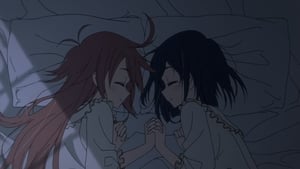 Papika and Cocona land in a world that looks a lot like school, but with a few unsettling differences... 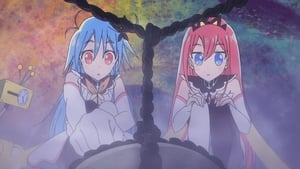 The girls find themselves fighting against Yayaka and her group. Meanwhile, a portal opens and they end up being sucked in. 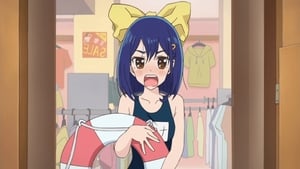 The girls realize that their adventures in Pure Illusion are starting to bleed over into the real world. Cocona starts to feel unsure about their travels. 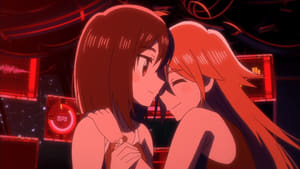 Cocona and Papika get thrown into Pure Illusion, entering a futuristic city. The girls and Yayaka must work together if they want to get out alive. 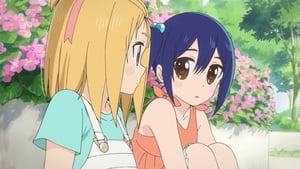 Yayaka's usefulness comes into question, and as Cocona and Yayaka face off, their friendship and lives are put on the line. 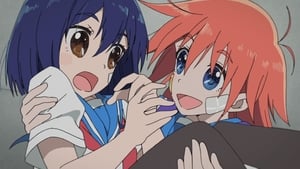 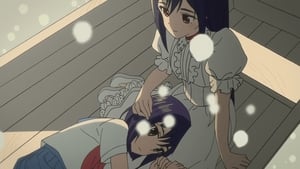 Mimi poses a threat to the world. Salt and Papika try to stop her only to be overwhelmed by their memories. 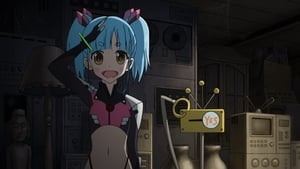 Yayaka and Papika have teamed up to save Cocona from her mother. As they follow Mimi and Cocona, they must fight their way through Pure Illusion. 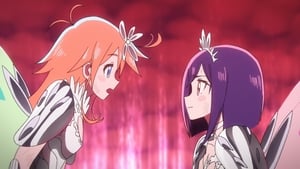 How does the world look in your eyes? Papika and Cocona, the heroines of the story, hold the keys to open the door. When the two girls meet, their adventures in a different time and different overlapping dimension called "Pure Illusion" begin. Many things in Pure Illusion will stand in the girls' way on their search for the mysterious crystal called the "Shard of Mimi," an item that is said to grant any wish. However, when the girls find themselves in danger, the Shard of Mimi shines, and they are able to transform.

ReaderKenka Let's be realistic.
Steineded How sad is this?
Platicsco Good story, Not enough for a whole film
CommentsXp Best movie ever!
arorashadow_2003 Flip Flappers is an original series than aired in Fall 2016 from Studio 3HZ. Initial impressions I got were mostly a &quot;meh&quot; but then it turned around gave me a surprise and became one my favorites from 2016. Whether through grand design or behind-the-scenes trouble it&#39;s a fascinating show to watch from its first half to the second half.The first half of the show is largely adventure-of-the-week style, with our main characters Cocona and Papika going through to all kinds of unusual and crazy worlds. A remote tropical beach, a haunted version of their school combined with a Groundhog Day loop, a world created through abstract art and even a surreal journey through the psyche of a girl who lost her meaningful connection with someone dear to her heart.But it doesn&#39;t stop there as the girls gain magical powers that allow them to morph into powerful fighters, giving this show some magical girl elements to it. We expect this will be a show where Cocona and Papika will have to embark on &quot;Gotta-catch-em-all&quot; adventure of the week for the show&#39;s 12 episode run but in the middle suddenly everything is turned on its head as we reveal the identity of a mysterious girl that we&#39;ve seen since the start is Cocona&#39;s mother, Mimi then ending in a climactic battle of Papika and the choices between mother and daughter.In regards to the story, I do like the fact we shifted from the episodic structure into the main crux plot but it&#39;s odd they chose the last few episodes to do this. Frankly I think this is to be blamed on the short length of the show but what can you do, these days anime is lucky to get out of 12-13 episode range, especially if you are original. While I am satisfied I do think Flip Flappers would have benefited from having 24-26 episodes giving enough breathing room to transition from the episodic structure to the plot but as it stands I don&#39;t think it&#39;s bad, just a little abrupt.The show&#39;s art and animation is awe inspiring. One of my favorites has to be the fight between Yayaka and Cocona in the dome with the childhood memories flashing and literally being shattered. It&#39;s probably a bit blunt but I just appreciate the weight into the visuals here. The ending animation is pretty interesting too, taking on a Hansel and Gretel vibe with its imagery.The overall art direction has been something unique too. The town is pretty interesting looking, forsaking the usual Japan styles of modern or rural life for a more Euro-centric feel even though it&#39;s still a Japanese story to the core, especially with the school uniforms, the use of Japanese honorifics and some interior designs that are more inherently Japanese. Naturally when it comes to Pure Illusion you have all sorts of interesting and dynamic environments to look at. Simple desert, abstract art, futuristic Blade Runner style city, and creepy ghost school with a giant clock tower, etc. The unique art direction and animation style is why my first impressions of the series felt this might be more of a visually driven show with plot and characters taking a back seat so maybe some people are let down by this change when they might have wanted something more akin to FLCL.The music for Flip Flappers was handled by the group TO-MAS and overall I loved the soundtrack. There&#39;s a few really memorable score pieces that stand out but the real star has to be their ending theme, this song is endlessly catchy and entertaining.Much like Erased, Flip Flappers was a real surprise for me in 2016. Times I thought I might had the show figured out it constantly surprised me. For losing its head writer in the middle of production, it certainly doesn&#39;t feel like it adversely affected the production beyond maybe a few unanswered plot threads such as that weird cult. And maybe you could argue the little girl who was brought in to replace Yayaka but I&#39;m more leaning towards she could have been a red herring as I and many others assumed she was probably Mimi turned evil. An original anime is always filled to the brim with potential even if there&#39;s no guarantees that it will be amazing it&#39;s great to see when that potential can be realized. With Flip Flappers wildly imaginative spirit it&#39;s no wonder this made my top list for anime in 2016.
Tweekums Cocona is an ordinary, rather quiet middle school girl whose life is changed when she meets Papika, a very outgoing girl who tells Cocona that she has been looking for her. Papika takes her into a tunnel that leads them to a strange world which she says is called &#39;Pure Illusion&#39;. Here Papika tells her they must find treasures known as &#39;fragments&#39;… they aren&#39;t the only people looking for them. It later emerges that Papika is part of an organisation known as Flip Flap. Later on they meet another girl, named Mimi, who bears a striking resemblance to Cocona.This is a distinctly surreal series which slightly reminded me of &#39;FLCL&#39;; perhaps due to the strangeness but also due to the characters. Early on I got hooked but then found myself getting a bit confused; I suspect watching it over a shorter time period would have been better; something that is possible now it has finished airing. The characters are fun and the world of Pure Illusion is delightfully imaginative. The story is nicely wrapped up at the end which should please anybody who isn&#39;t keen on loose ends. Overall I&#39;d recommend this to anybody looking for something a little different.These comments are based on watching the series in Japanese with English subtitles.